Don't Miss!
Home » Beyond Food » You can only sting me once

You can only sting me once 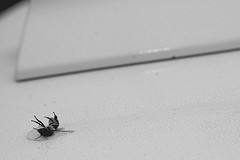 Last week I was sitting peacefully in a tree stand waiting for a side of bacon to walk by when a giant bumble bee made several fly bys. I remained calm and didn’t panic, mostly because when you’re 14 feet up in a tree on a tiny platform you don’t have many options. But as I came to terms with my potential new ouchie, it occurred to me….c’mon bee, let’s get this over with, just do it. You can only sting me once you bastard.  Now, this response doesn’t work for everything…..you may have an allergy, wasps and queen bees can sting you silly, snake bites can kill ya, and wolves can eat you with their face.  But a lot of things in this world can only sting you once.

Don’t get me wrong, there are many things that DO sting forever…a friend of mine recently lost her husband and the father of her 2 small children in his early 40s to cancer and life will never be the same. But what about the little stuff that paralyzes us?  As a child, who was more afraid of the threat of a spanking than the actual spanking? Ever been cheated on or lied to? Been turned down for a date?  Been betrayed by someone close? Been afraid to get fired or denied a promotion or a job offer? And what about the mere IDEA of something bad happening, even if something better is waiting around the corner, that stops us in our tracks… Fear of losing a crappy job, even though your dream job could be around the corner.   Fear of rejection keeping you from starting a wonderful relationship or asking for a raise that you deserve and the boss knows it.  Fear of loneliness keeping you from accepting the truth about a failing, even abusive, relationship.  Sometimes things can sting you once, but they die too.  And it will hurt like hell, but you pull that stinger out and your body KNOWS how to heal. Meanwhile that little bugger is dead on the floor. He can’t EVER hurt you again, and you can walk right over him.

We’ve got to be smart about how we make our play, but don’t let the little things freak you out. Next time you feel that twinge of fear holding you back, ask yourself if this is a rattlesnake in front of you or just a bee, then think to yourself alright you little bastard, go ahead and sting me, you and I both know you can only do it once.
Photo credit: ienjoysushi / Foter / Creative Commons Attribution-ShareAlike 2.0 Generic (CC BY-SA 2.0) 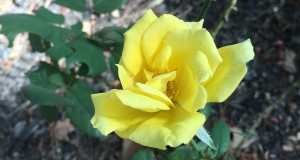 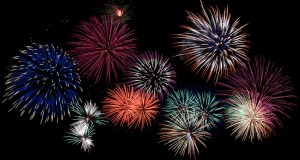 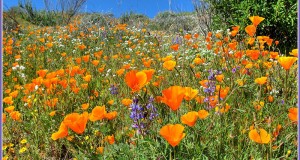